On Saturday March 19th at 10:30 a delegation of Dutch and Chinese Government officials conducted the Groundbreaking Ceremony for the construction of the new headquarters of the Airblast Group in the Boekelermeer business park in Alkmaar. In the presence of deputy mayor Jan Nagengast of the municipality of Alkmaar, Ms. Yin Yanling (deputy mayor of Zouping County), Wang Ruiguo (General Manager of Airblast parent company, Shandong Kaitai), Francis Chua (managing director Airblast Group) and Cees Bekink (vice-chairman of the KaiTai-Airblast holding company) conducted the Groundbreaking Ceremony. 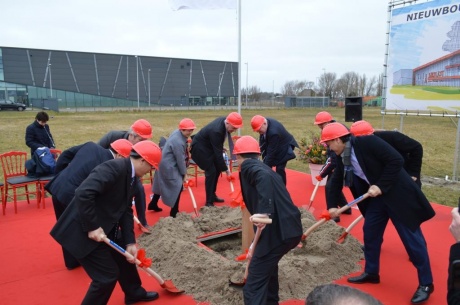 Airblast has operated from their current 1500m2 Head Quarters in Heerhugowaard for the past twenty years - the new location in Alkmaar covers an area of 11.000 m2, and due to the expected growth by expanding operations the number of employees will be doubled to 50 within three years. The new building is an investment of approximately 6-8 million Euros. Further future expansion is planned including a production facility at the site.
The expansion into Boekelermeer is a logical step in the strategy of the Airblast Group with European and Chinese technology and production of high-quality equipment and installations for the surface treatment industry being sold worldwide. The location in Alkmaar will function as a central distribution point for the global offices. 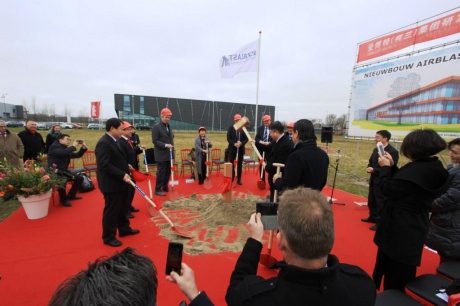 Airblast Group
Cees Bekink  founded Airblast in 1974 and in 2012 sold it to the Chinese Shandong Kaitai Group Ltd. Following the acquisition of Airblast the Kai Tai Group purchased other related companies including Pumpline Australia and Sybrandy BV in Amersfoort, a company focused on the production of spraying and blasting booths. ABV has now 30 offices worldwide, including offices in China (20), Australia (3), Singapore, Malaysia, Indonesia, United Arab Emirates, Qatar and Saudi Arabia. In 2014 Airblast-Abrasives BV was established to focus solely upon marketing Kai Tai abrasives in Europe.

Cees Bekink, member of the Board of Directors of AB Techno Holding (holding company of Airblast B.V.): "The Boekelermeer has been named the best business park in the Netherlands - it is ideally located along the lifeline of North Holland, the A9-road. The heart of the offshore industry in the north of Noord-Holland and city of Amsterdam with its logistic connections by road, water, rail and air are both within a 30 minute drive!”. 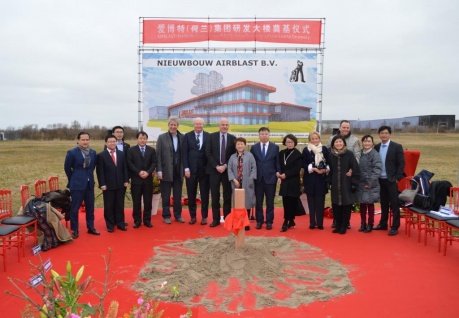 Deputy Mayor of Alkmaar Jan Nagengast is happy with the arrival of the Chinese giant, "The Airblast Group is a growing player in the market which will have the space both physically and in the business environment to grow. Boekelermeer is the best business park in the Netherlands to provide a platform on which Airblast can grow further with many new developments such as energy innovation, and the new connection to the A9. We are proud that Airblast chose to be a part of the development and is an asset to the business park".

Thijs Pennink responsible for the Development of North-Holland praises the relocation: "The investigation of FDI Financial Magazine showed how interesting this region is for investments. The advent and expansion of the international business underlines this. As a partner of the nationwide network “Invest in Holland” we are committed daily in order to maintain close contact with these types of companies and eventually to celebrate these successes". 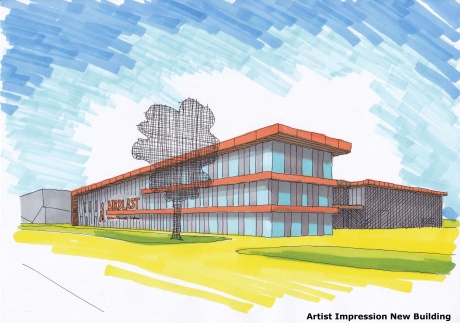