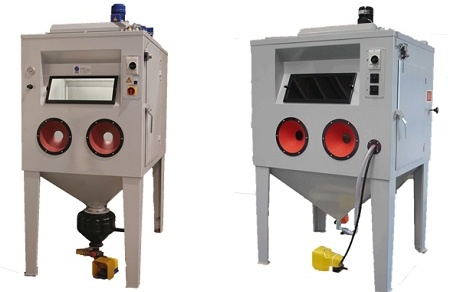 Pressure Blast
Pressure blast cabinets use a pressure vessel to pneumatically push the blast media through a single abrasive hose and out the blast nozzle. An easy way to understand is the pressure blast systems drop the abrasive into an air hose and pneumatically push the abrasive out through an air jet. These two items are often referred to as abrasive hose and blast nozzle but they are really an air hose and air jet due to the direct pressure delivery configuration.